Virtual and Augmented Reality Days will be held in Armenia

On 15 and 16 October, Virtual and Augmented Reality Days will be held in Armenia.
The project is implemented with the support from the grant programme of Rossotrudnichestvo under the Human Resources for the Digital Economy Federal Project of the Digital Economy of the Russian Federation National Programme. 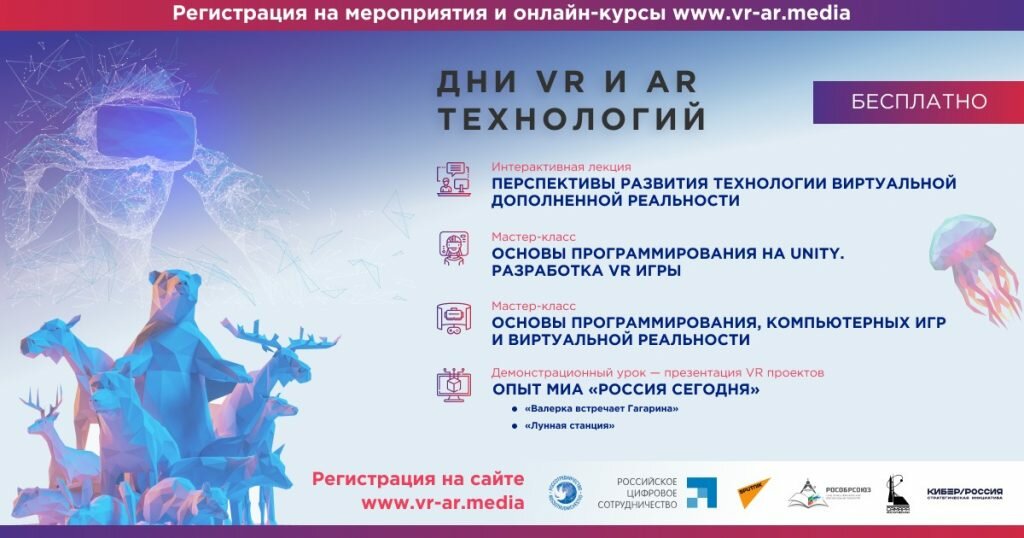 What awaits the kids?

Lectures, master classes and activities with the use of modern technologies. Sounds a little boring?

Don’t be tricked. In fact, it is going to be super interesting. Many contemporary school students know how to play PC games for sure. There is even such a thing as cybersport, or competitions for gamers. What if you could create a game yourself? What if you could become a creator of your own virtual world instead of being a user? But how? You will learn how if you visit the classes of the Virtual Reality (VR) Days. You can take part in the events either in real classes or online.

Intramural journeys to the virtual world will take place at two schools in Armenia.

How is it going to be?

First, you will be taught the theory (there is no way to skip it) – a lecture on the prospects of development of the virtual and augmented reality technology. Then there will be practice: master classes “Fundamentals of Unity Programming. Development of a VR Game”, “Fundamentals of Programming, PC Games and Virtual Reality” where you will be able to create your own first digital project. And a “cherry on top” – presentation of existing VR projects by experts. For example, you will see the Moon Station project, a forecast of what, most probably, the first international moon station will look like. School students will have a chance to take a look (using a VR headset) at the interior and exterior of the moon station, wear a space suit and walk the surface of the Moon, ride a lunar rover and even watch the solar eclipse from the Moon.

Obviously, there can be no doubt. You should sign up for the event! You can do it by visiting the official website of the project – http://vr-ar.media/.

The project initiators developed an interactive online programme for those who cannot attend the classes personally. You can sign up here — http://vr-ar.academy/

It is a course named “VR/AR Technologies and Their Use in the Media Space”. You will also find lectures, practical tasks, master classes and interactive presentations by IT experts here.

The lectures and master classes will be hosted by IT gurus. They include such people as Denis Chernov, scriptwriter and lead director of the Kikoriki TV programme, Artem Kozlovsky, Unity3D instructor at Coddyschool, a graduate of the Faculty of Robotics and Complex Automation of the Bauman Moscow State Technical University, Ivan Gromov,   head of the Rossiya Segodnya International News Agency, an innovative journalism centre, as well as many other developers and managers of VR and AR projects.

Important: all events are free-of-charge.

Virtual and Augmented Reality Days Information and Awareness-Raising Tour is a grant project by the Federal Agency for Affairs of the Commonwealth of Independent States, Compatriots Residing Abroad and International Humanitarian Cooperation (Rossotrudnichestvo). Armenia is the first stop of the tour. Overall, 6 more republics will be visited in the next month: Belarus, Kazakhstan, Kyrgyzstan, Moldavia, Transnistria and Uzbekistan.

If you have any questions, please send an email to – mail@vr-ar.academy

Rossotrudnichestvo implements efforts aimed at promotion of geopolitical interests of Russia in the spheres of culture, education and new technologies, as well as strengthening of international ties without prejudice to the principles of operational excellence, effectiveness and sustainable development. The efforts are implemented under the Human Resources for the Digital Economy Federal Project of the Digital Economy of the Russian Federation National Programme.